This fascinating image from 1965 shows a proposal for altering the Adelaide ramps to accommodate road widening along Kingsway. None of the buildings were then Listed and so even partial demolition was a very real threat. The existing ramps and balustrades were to be removed and new south retaining walls built about six metres back, these to include a broader sweep of central entrance with new ramps set farther back, the Adelaide garden having been foreshortened to accommodate this. The steps at each far end have gone, replaced by centrally placed pedestrian entrances. An impressive set of steps leads up into Adelaide garden with a pavilion at each side. In the event there was widespread objection this, as part of a widening programme for the whole of Kingsway, and the project was dropped. 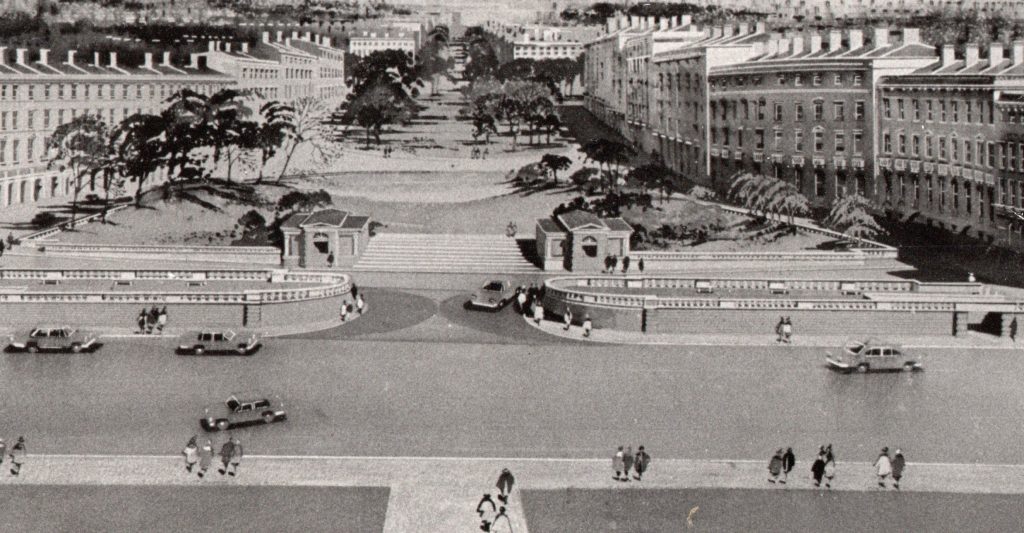 Thanks to Richard Hawkes.