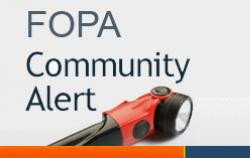 At least two of our residents have had a bank account fraudulently opened in their name in the last week or so. Police have confirmed that it has happened to residents of Palmeira Sq & Adelaide Crescent. They have informed the banks but not quickly enough to stop the accounts being used to be used to obtain cash.

Please be aware that the scam works if the fraudsters can intercept any bank cards before they reach their rightful owners.

Here are some examples of them trying to intercept mail over past few days.

Friday 10th May
I answered our bell to be met by a man saying he had an envelope for me. I refused the envelope as it was hand written and was addressed to somewhere else. Man apologised and left.

Saturday 11th May
Same man returned just after post was delivered. Man trying to enter building to see what post had arrived for the flats. Confronted by the owner of the flat he left but seemed to be following postman.

There maybe a number of fraudulently opened accounts and the bank cards associated which will be delivered over next few days/weeks to our area.

Please be warned as they will likely to be returning until they have the cards or is apprehended.

Please be aware of these activities in the area. If you have been affected by this scam, please contact the police to report the matter as soon as possible.