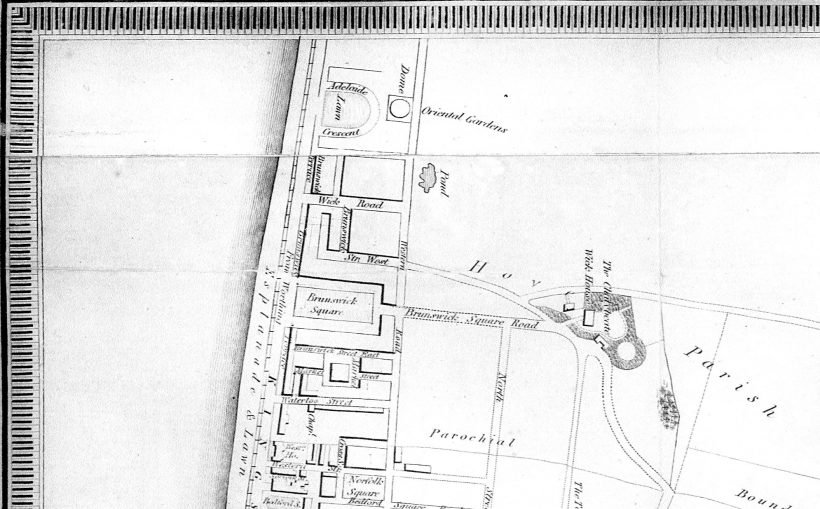 Our local historian Richard Hawkes found an interesting item in the ‘Brighton and Hove Stuff’ shop on Western Road. A extract of the map of Brighton published in 1833 in the image. You will see that Adelaide Crescent is shown in its originally intended layout as a full crescent, and the ‘Dome’ behind labelled as ‘Oriental Gardens’. This is the ill-fated Anthaeum which collapsed on 30th August 1833, the day before its opening. This is not a particularly accurate map, but does show how huge the Anthaeum was. An article in the Morning Post for 27th September 1832 described the construction in hand, stating that is was 220 feet in diameter and 100 feet high at the apex. To give an idea of the size, 220 feet is very nearly the width of the Square from face to face of the buildings, and 100 feet approximately the height of the facades.

I had never seen this particular map before, and there are other points of interest. Note the pond where Palmeira House was  built (now Tesco), also Lansdowne Place called Wick Road, and Upper Brunswick Place called Brunswick Square Road.