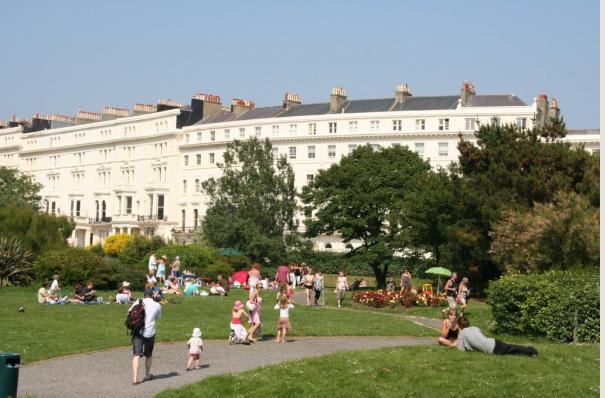 The Council have plans to resurface the paths in the same manner as Brunswick Square, with captive gravel; this will greatly improve both appearance and safety.

We can also report that there are a l so plans to improve the redundant enclosure base in the Crescent, known as the ‘concrete pad, on which we shall be consulted in detail. Currently the proposal is to remove some of the pad, install two benches, a large planter and improved retaining walls.

There have been a number of suggestions as to what might be done with the redundant portakabins in the Crescent, including covered bicycle storage and even a café. This has been discussed with the grounds manager, but the problem of attracting drug dealing and vagrants prevents leaving the doors open.

Tree planting continues, with three more donated by a member added to the Square last month. After much pressure from FOPA the Council have at last pruned the trees overhanging the ring of donated pink prunus in the rose garden in the Square, which should improve their growth.

For 2010 we have a number of new ideas, including a low hedge along the perimeter of the top of the Square, to form a visual barrier and a frame for the gardens. This would need long term protection until established, but should grow fairly quickly if the new one at the top of the Crescent gardens is anything to go by. The height will be kept low so that the view will not be obstructed.